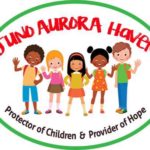 Juno Aurora Haven is a children’s home catering to children whose parents/gogos are unable to take care of them until such time that they are able to, then the child is placed back with the parent while we monitor the situation. We have a few orphaned children who remain permanently in our care. Juno Aurora Haven recently moved in to their new home in Kelvin in January 2017, which was provided to the organisation by a very generous donor.

Prior to January 2018, Juno Aurora Haven was previously known as Hugh’s Haven. Hugh’s Haven” was named after Hugh Begg, a CNN and CBS journalist from New Zealand who came to South Africa on an assignment, but decided to stay and make a difference for the children of South Africa. Hugh adopted 10 children from war zones around the world and made sure that their upbringing and education was taken care of in Australia. Sadly, on 29 July 2005, Hugh was murdered in Yeoville protecting the children of the centre that carried his name.

Hugh’s Haven was established in 2001 in Yeoville as a preschool for children from financially disadvantaged homes, originally as Sakhisizwe Educare Centre. During 2001 to 2009, the organisation has moved to various premises within the Yeoville area, but regrettably due to increased concern for the safety of the children, we were forced to relocate to temporary premises in Randvaal (2014) and Linbro Park in 2015 before moving into our new home in Kelvin.

Most of the children we look after are from single parent homes and HIV/TB affixed households, mostly domestic workers, street hawkers and unemployed people looking for work. The conditions are not only unhealthy and most often unhygienic, but the children are also exposed to an unacceptable environment that no child should experience, such as armed robbery, street fighting, shooting, alcohol and drug addiction, etc. all of which affects the children negatively. The city suburbs do not have the same community feeling as the large townships, e.g. SOWETO, and the children have nowhere to go during the day. If the parent(s) is away the children are often left alone or with a neighbour they often do not know, exposing them to abuse or negligence. Several thousands of children live under these conditions in these poorer city suburbs like Yeoville, Hillbrow, Fairview, etc. If not taken care of, the children will grow up with the same social inheritance and most likely end up in poverty, abuse, some sort of crime and/or death.

We are a registered NPC and NPO, and are currently completing our PBO registration. Copies of our certificates are available on request.