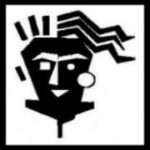 The Pretoria Youth Theatre started in 1989 with just a handful of students at the old teacher’s training college in Sunnyside. Then known as the drama Workshop, the youth theatre provided opportunities for pupils to learn various dramatic and performing skills. The group then moved to the Little Theatre in Skinner Street and then to Glenstantia Primary School where the Saturday afternoon programme was introduced, In 1999 the Pretoria group under the direction of Dr CJ Martin moved into the Breytenbach Theatre, where Cinderella was performed. It was an instant hit and proved that theatre was here to stay! Currently, the Pretoria Youth Theatre have thousands of children on it’s records, making it the largest Youth Theatre in Gauteng and the only youth theatre in the area to give children an opportunity to act for the public on such a big scale as this. The Pretoria youth Theatre is currently involved in 2 aspects: Workshops and Productions.
Workshops usually take place every second Saturday and Productions are run every 3 months for the public at The Irene Village Theatre. April, July, October and December.
We run group drama classes and individual classes and singing classes!