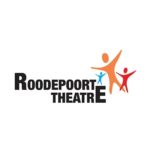 The Roodepoort Civic Theatre was founded in 1980. The theatre operated as a 328 seater auditorium and an 80 seater box theatre. On the initiative of its first director, Weiss Doubell, the theatre became, apart from a receiving theatre, also a producing theatre with its own production units – the Pro Musica Orchestra, Opera Company and Opera Chorus.

The name of the theatre was later changed to the Pro Musica Theatre. The Theatre was initially subsidised by the Roodepoort City Council (later the City of Johannesburg). Sponsorships had to be found to help finance its enterprises, projects such as audience development, and productions, to ensure sustainability. Up until 2008, Pro Musica presented 400 opera performances and 500 symphony concerts.

In 1992 the Pro Musica Orchestra went on a concert tour of France. The tour took place under the auspices of UNESCO and the highlight was the concert in the UNESCO Great Hall; attended by heads of state, diplomats and other European dignitaries and televised internationally. Pro Musica therefore became the first South African orchestra to perform overseas, after the lifting of the cultural boycott against South Africa.

Pro Musica was involved in pioneering work regarding opera in South Africa. Der Freischütz (Weber), Die Lustigen Weiber von Windsor (Nicolai) and Romeo et Juliette (Gounod) had their South African debuts in the Roodepoort Civic Theatre. Fidelio (Beethoven) had it’s Transvaal debut in Roodepoort and Symphony of Sorrowful Songs (Gorecki) had it’s African debut. Axion Esti (Mikis Theodorakis) was played for the first time in Africa by Pro Musica under the baton of the composer himself (Unisa). In 1996 Pro Musica gave the first performance of works of the German composer, Manfred Stahnke, (Delphi Monodi and Portrait Pawel Filonow) with the composer in the audience. This was a joint project with the Goethe Institute.

In 2005 a vocal tuition scheme was also been introduced whereby choir members received vocal training from the Pro Musica Chorus’ choirmaster. The first director of the theatre and production companies, Weiss Doubell, retired in 2008.

In 2008 the production units were disbanded. Although the theatre had become synonymous with classical music and the lyric arts, profitability had to improve. The Theatre also needed to become more relevant to the community it served.

During 2009/2010 the strategic positioning of the organization was reviewed, resulting in a stronger focus on the receiving house aspects of Pro Musica, and a more concerted effort to attract independent producers to the venue.

The Theatre made major progress in terms of the diversification of its production and marketing mix, which consequently had a significant impact on the diversification of audiences. However as a result of its size, the Theatre was not always in a position to attract sufficient artistic product to keep the stages occupied. As a result, the Theatre acted as a producing house, and staged work in a diverse range of genres, including music and musical theatre, comedy, and children’s theatre.

In addition, the Theatre played a significant developmental role by means of providing a venue for community theatre initiatives in the area, as well as running tuition programmes that provided instrumental, vocal, dance and drama tuition for students from disadvantaged backgrounds.

In 2012 Pro Musica was tasked with the launch of the new Soweto Theatre in Jabulani, Soweto.

The City of Johannesburg, as part of its Institutional Review of 2012, resolved that Joburg Theatre (SOC) Ltd and Roodepoort City Theatre (NPC) t/a Pro Musica be integrated into a single theatre management company. The theatre management company, now known as Joburg City Theatres (JCT) renders the functions and services that, until 31 December 2012, were rendered by the 2 theatres. It also institutionalized the operation of the newly established Soweto Theatre. The effective date of the integration was 1 January 2013.

In 2013 the theatre’s name was changed to the Roodepoort Theatre, under the leadership of JCT’s Chief Executive Officer, Bernard Jay. Experienced theatre practitioner, Xoliswa Nduneni Ngema, took over as CEO in July 2013.