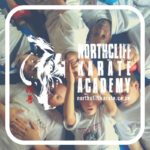 Northcliff Karate Academy was started in the Northcliff area in 1991 by Sensei Penny Checketri As M.A.S.D (Martial Arts Self Defence). In 1991 Sensei Mary was an 8 year old white belt at the school dojo (Cliffview Primary) and spent most of her childhood years training with Sensei Penny in the art of Goju Ryu Karate. Sensei Mary fought for South Africa under Sensei Penny at the JKF world championships in Japan (1996) where she placed 5th in the world, this was one of many great achievements as Sensei and student. Sensei Mary later took over the Dojo from Sensei Penny at the young age of 22 years old and it was then that the Name Northcliff Karate Academy came to life. The school Dojos continued to grow and flourish, we were finally in a place to take on a new and more official home now known as NKA or Northcliff Karate Academy. The dojo has continued to grow and develop the young students that have come through our doors for so many years. We pride ourselves in the love and care we offer to each and every student that walks onto our floor. Our quality of traditional Karate and the standard we set for each of our students to achieve will always be a part of the very unique package that NKA has to offer the Northcliff area.